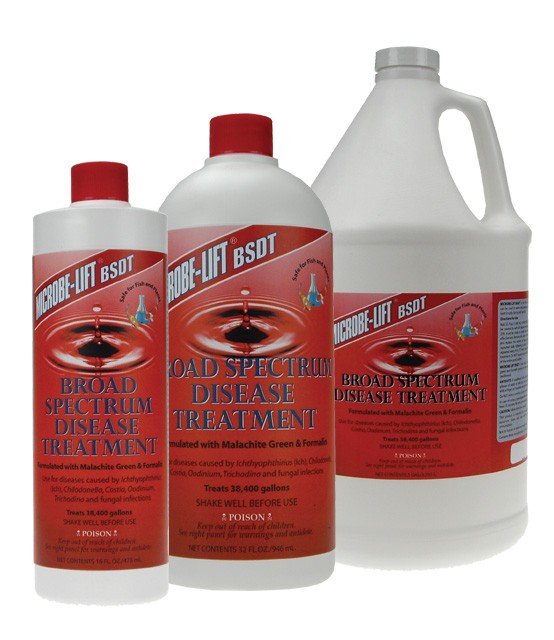 Microbe-Lift/BSDT is the safest and most effective treatment for the control of diseases caused by Ichthyophthirius (Ich), Costia, Trichodina, Chilodonella, Oodinium and fungal infections.

This is not an economic poison and is not intended for use as such.

Microbe-Lift/BSDT is the ONLY malachite green and formalin treatment that can be used in water temperatures as low as 50o F, thus allowing you to treat in early spring and late fall.